Today stateful firewall has come into vogue. In such a system traffic is filtered and monitored as traffic comes across network lines in a dynamic manner. The architecture for such firewall technology is known as dynamic packet filtering or stateful packet inspection. Packets of data in such a setup are inspected in a thorough manner as compared to stateless firewalls. The stateless firewalls on the other hand, only monitor the incoming traffic as per certain static parameters and base the same as per packet address. Stateful firewalls are best to implement when security is paramount.

How the firewalls work?

In general the networks and internet protocols in general communicate in layers that are built between computers. Many companies employ managed IT services to manage the network security issues and firewalls. In traditional setup the traffic that comes across firewalls would be scrutinized as per header, packet address, location and type of traffic. Stateless firewalls usually look at the header of a packet only which is the uppermost and superficial layer of information. In contrast, a stateful firewall will look into the deeper layers of any internet protocol and be able to discern more information about a packet. 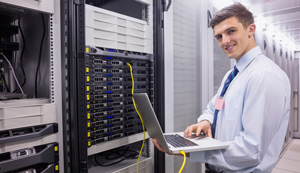 There might be internet protocol packets that pretend to be something else. In many cases such data comes into computer systems and networks and cause damage. In order to prevent such occurrences or in places where data security is highly important, stateful firewall implementation is better. With such a firewall, you will be able to track outgoing and incoming traffic connection points. A state table is maintained, which looks at route traffic and traffic that is filtered out. Also, it tracks information about packet sizes and connection processes. Stateful firewalls are more efficient in their functions, but they might deter the speed of connectivity or transfer of data.

A home based computer user would probably not need an extensive firewall system unless they are working with sensitive data and need a secure data transfer process. However, for large organizations it is important to choose the right firewall system to put in place. Most organizations have a dedicated business IT support that would monitor the networks and also look into firewall implementation.

As it is a hardware system, the right kind needs to be chosen by keeping the above parameters in mind. If you are unsure about the firewall protection your organization has, you could approach an expert IT service provider to get the right solution and protection in place.